A key difference between publicly traded and non-traded REITs is transparency. 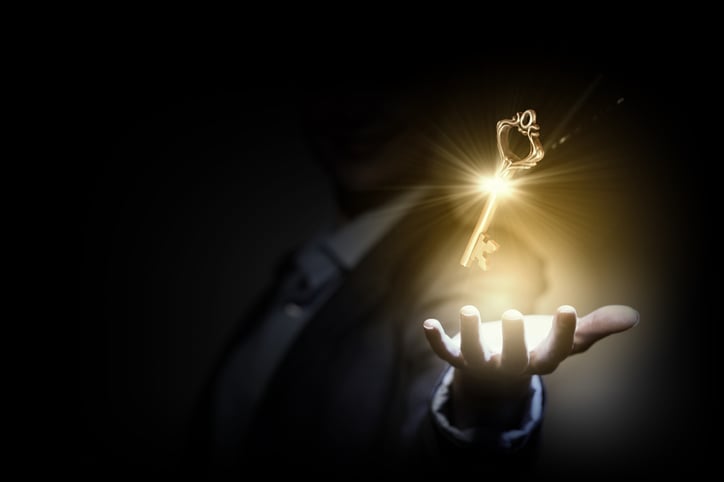 The non-traded REIT industry has made news in recent years due to the large sums of retail investor capital which has poured into the space as a result of marquee names from the real estate private equity world getting into the business. One large entrant alone raised more equity capital ($35.4 billion) in the first nine months of 2022 than the entirety of publicly traded REITs ($27 billion).[1] We believe the match seemed to be made in heaven as the publicly registered, non-traded REITs seemed like the perfect vehicle to provide individual investors with “non-correlated” returns from a defensive asset class (real estate) with a sizeable, tax-advantaged, distribution all in a “wrapper” ...the REIT structure...which has produced exceptional total returns to investors over the past several decades.[2]

While the term “public REIT” applies to both the traded (some say listed) and non-traded variety (both are subject to publicly available SEC reporting requirements), there are several important distinctions which individual investors may not have focused on in recent years and are now garnering a great deal of attention. Traded REITs are perhaps the first type of public REIT that comes to mind when investors think of the REIT structure. These are sizeable companies in their own right, with upwards of 30 individual names represented in the S&P 500. The shares of traded REITs are listed on major stock exchanges such as the NYSE and NASDAQ. Traded REITs are also one of the eleven segments that constitute the Global Industry Classification Standard (GICS), originally developed by MSCI and S&P Dow Jones Indices.[3]

Investors have several ways of owning publicly traded REITs. They can purchase the shares of individual companies, or they can buy a mutual fund or an exchange traded fund (ETF) which owns a baskets of REIT stocks. These funds can passively track a REIT benchmark, or can be actively managed with the goal of generating excess return (alpha) over a set industry benchmark. Regardless of how the traded REIT shares are owned, the commonality is liquidity and transparency of pricing.

Public, non-traded REITs are not “listed” on an exchange and do have several potential risks which need to be fully understood by investors. Non-traded REITs are “illiquid” instruments and should be viewed as such. The vehicles often offer redemption features, but they are usually subject to severe limitations and may be discontinued at the discretion of the REIT without notice.

We believe the fee structures of non-traded REITs are comparatively high. Whereas established public REITs can generally issue new shares to the public at a cost of below 2%, non-traded REITs can incur issuance costs of 9% and more. In some cases, a portion of issuance fees are paid over time, which can moderate their impact. And, whereas publicly traded REITs generally issue new shares timed to make new investments, non-traded REITs often receive share issuance proceeds in advance of investments to be made. As a result, the initial sources of cash of investor distributions made are often the very cash proceeds received from stock issuance pending its investment in real estate. The impact of this timing lag can be to raise the effective cost of share issuance meaningfully above the 9% issuance costs. Then, with less than 90% of investor capital placed into real estate, non-traded REITs assess ongoing management fees that also tend to be materially higher than the administrative costs of their publicly traded counterparts. In our opinion, the collective costs of the higher non-traded REIT share issuance and management fees pose a large impediment to performance. To partially compensate for their business model disadvantage, nontraded REITs generally employ higher relative levels of borrowing than their publicly traded counterparts.

Dividend income is a meaningful contributor to total return for the typical traded REIT, with the longterm contribution approaching 50%. Non-traded REITs refer to a quarterly distribution and often equate this to a dividend. However, there are major differences. Traded REIT dividends are established by leadership to be paid from recurring operating cash flow. Most public REITs do not pay out all the cash flow available, reinvesting surplus cash into new properties. Since non-traded REITs generally accrue investor distributions in advance of making real estate investments with shareholder proceeds, the amount of distributions is set differently. Non-traded distributions tend to be a function of the amount needed to attract new investor capital, whether or not the cash flow is yet available from operations. With high distributions relative to earnings and cash flow, non-traded REIT distributions often have a large non-taxable “return of capital” component than their publicly traded counterparts.

A key difference between publicly traded and non-traded REITs is transparency. While both investment vehicles are publicly registered and produce requisite SEC reporting, publicly-listed REITs deliver far more information. Publicly-traded REITs have quarterly investor earnings calls and investor slide presentations. They are critically and widely covered by equity analysts. Public REIT leadership also frequently deliver corporate performance presentations to investor conferences, with their performance measured against appropriate benchmarks by shareholder governance companies. Nontraded REITs deliver far less investor information than their traded counterparts and are subject to little third-party oversight. And, while non-traded REITs have been in existence for some time, there is no historic performance data available that investors can use to compare the results of non-traded REITs over time. Importantly, the values of privately traded REITs, which are central to their reported performance, are established by their external managers with the help of contracted appraisers. Publicly traded REITs, meanwhile, are subject to constant price discovery established by independent investors in a liquid trading market.

The final important difference between non-traded REITs and their public counterparts relates to governance. Most publicly traded REITs are self-managed, which means that the leadership and employees work for the company, forming an alignment of interest. In contrast, non-traded REITs are managed by external advisors, which we believe imposes conflicts of interest. While REIT investors seek to maximize their returns, it is our opinion that external management companies are motivated to maximize their fee streams. Where the compensation of public REIT leadership is overseen by a corporate board of directors and outside compensation consultants, no such comparative oversight exists with non-traded, externally advised REITs. Where public REITs are annually subject to recommendations oversight from shareholder governance firms, non-traded REITs have no such oversight.

In conclusion, it is puzzling that individual investors have flocked to public, nontraded REIT vehicles in recent years given some of the shortfalls highlighted above and it is our belief that the reason comes down to an aversion towards volatility and the price discovery that comes with transparent, liquid assets. Short term volatility in stocks and bonds have benefited sponsors of private vehicles which rely on appraisal-based pricing methodologies which has the effect of smoothing returns over time and perhaps lulling investors with a false sense of security as the price paid for these “non correlated” assets can be excessively high.

Global Industry Classification Standard (GICS) – was developed by MSCI Inc. in collaboration with S&P Dow Jones Indices to provide an efficient, detailed and flexible tool for use in the investment process.

MSCI Inc. – a global provider of financial news and data

Gating – a measure that may be implemented by a fund’s board of directors, under certain circumstances, that limits redemptions in a fund for a period of time.

EBITDA – earnings before interest, taxes, depreciation and amortization; can be used to track and compare the underlying profitability of an entity