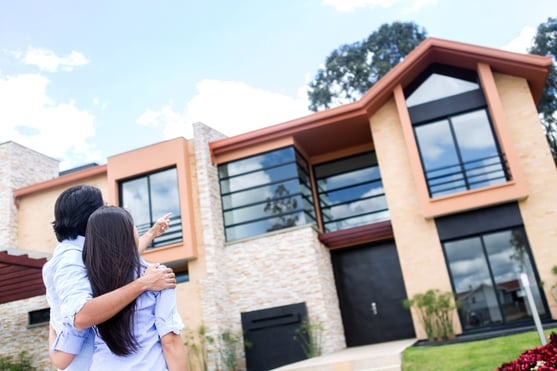 How is inflation affecting the PCE

As the first quarter of 2022 came to a close, one of the leading topics of discussion amongst investors has been inflation; where does it go from here, and how does one manage through a period where inflationary pressures in the US could be the highest in decades? According to a recent article in the Wall Street Journal, one of the Federal Reserve’s most trusted gauges of inflation rose to a 40-year high in February. The personal-consumption-expenditure price index (PCE), published by the Commerce Department climbed 6.4% in February from a year earlier, the fastest since 1982. The “core” PCE price index, which excludes food and energy costs (due to their volatility) rose 5.4% in February marking the largest 12-month rise in this data point since 1983. On a monthly basis, core prices saw a “slight moderation”, seasonally adjusted, from January to February implying that core PCE prices “may have peaked”. The Federal Reserve began raising interest rates in March with the first of many potentially upward adjustments to the benchmark Fed funds rate. Federal Reserve Chairman Jerome Powell has pointed to the war in Ukraine and sanctions on Russia as fueling an already worsening outlook for inflation. [1]

US Multifamily as an asset class

Above trend inflation is most likely the base case scenario for many investors going into the balance of 2022 and recent research published by Allianz Real Estate points to inflation uncertainty as a key challenge. They highlight lingering impacts on supply chains from the Covid-19 pandemic and subsequent variants along with continued destabilizing geopolitical fallout from the conflict in eastern Europe as potential drivers of heightened inflation. With this as a backdrop they recommend five themes within the global real estate markets to build exposure over the coming year and one of those ideas was US multifamily exposure for inflation protection. US multifamily as an asset class gets high marks for its liquidity, transparency and a positive regulatory environment. We often place the Covid-19 pandemic in the context of being an accelerant for trends that were already in place prior to the world changing events of March 2020 and one of these transformative events can be identified in migration patterns. Domestic migration towards Sun belt cities from coastal and rust belt markets accelerated with the widespread shift to remote work allowing households to prioritize weather, cost of living and space. These priorities have also led to short distance exoduses from urban cores to suburbs for the same reason. Allianz concludes that US multifamily investments, especially in sun belt and tech-heavy hubs serve as a hedge against inflation, with annual rent growth on new and renewal leases which are well suited to capture inflationary dynamics. [2]

REITs leasing structure is the key driver for operation performance

A January 2022 study by Nicole Funari for the National Association of Real Estate Investment Trusts (NAREIT) demonstrates that REITs have historically performed well during periods of inflation and have also outperformed the broader equity markets during periods of moderate and high inflation. Funari points to the lease structures embedded in REIT portfolios as a key driver of operating performance. REIT landlords typically are able to build inflation protection into longer term leases, and short-term leases can be adjusted upward with market rents during periods of inflation when vacancy rates are low and space is in demand. Large and sophisticated property managers such as REITs also stager their portfolio lease maturities such that a meaningful percentage of leases can be repriced each year. Perhaps the most relevant point is that the underlying value and replacement cost of the portfolio typically moves higher with rising rents and a rise in costs for building input costs such as wood, copper, concrete, labor and financing. Finally, income potential in the form of dividends also provides a buffer for investors. Funari’s research looks at the performance of REITs compared to the S&P 500 over the time period of 1972 through 2021, and segments that time period into three buckets: low inflation, moderate inflation and high inflation. REIT total returns (price + income) outperformed the S&P 500 by a considerable margin under both the moderate and the high inflation scenarios, while slightly underperforming general equities during the low inflation periods. (Chart 2: REIT returns compared to S&P500 – Nicole Funari NAREIT study 1/13/22)[3]

[3] NAREIT Research: How Does Inflation Affect REIT and Stock Performance by Nicole Funari (01/13/2022)

The much-discussed housing shortage playing out across the US is also a key reason for historically low levels of resident turnover within SFR...

Housing shortage is gripping the nation, adding to inflationary pressures and extracting real cost to economic output, estimated at $400 billion per...

Residential REITs in a Bear Market

REITs have historically served as a strong inflation hedge and have direct exposure to primary drivers of the U.S. economy